One of my favourite aspects of teaching, along with phonology. Watch these pages for more.

When I first started teaching languages, back in the 1980’s (yes, I began in September 1989 !!), the school was very avant-garde as we didn’t use reel-to-reel tape machines, but we had cassette players !! I was already interested in technology and sound, having spent my student grant on buying my first Walkman back in 1984 (don’t tell my parents !!). So as time has progressed, my interest has not wained – quite the contrary.

This current website was born in 2012, over a long summer when our holiday plans fell through and I found myself at home with time to spare. As I write today, (May 8th 2013), the website has been up and running for 8 months and has had 7,000 visits (the 7,000th visit will doubtlessly be today and may have already happened as I am writing). This is a huge amount of activity and goes beyond what I had dreamed of when starting it all up. Students want to engage with this type of work and putting things on-line for them has been an almost complete success for me. Almost ? Yes almost, because in my classes, not all students have internet access at home. I have one pupil in 2nde who doesn’t have internet access and one whose parents heavily limit internet access. Unfortunately for me, in the latter case, there seems to be no difference made between internet for games and internet for school work – or is the pupil in question playing the situation to his own advantage ? Impossible for me to know. And for the pupil with no internet, I have only really got myself organised late in the year with a memory stick for her. She didn’t take advantage of the computers in the CDI as I had expected she would.

A couple of years ago, I toyed with the idea of introducing EDMODO into my teaching world. I opted not to and went for this website format instead. This article by Laurence Bernard has led me to reconsider – watch this space. usages-edmodo

A lot is currently being said about googledocs in teaching and I have experimented with that quite extensively this year. I will write a report on it soon.

Back-channelling is big news in higher education particularly. I want to work on that more. Mentimeter went down very well at school with my Terminale STI2D class, but unfortunately, we came up against the school rules as apparently, students aren’t supposed to use the school wifi facility and to get them to use internet on their phones, they are of course going to want to use wifi. They had to pretend to me that they didn’t know the wifi code … absurd !! To be pursued.

Sound files – I have not be satisfied with the pronunciation work on offer this year as the sending of mp3 files via email has, to my mind, reached the end of its useful life. I am looking for news ways of doing this and am going to be seriously looking into audio dropboxes, ipadio and other on-line recording solutions for the future. 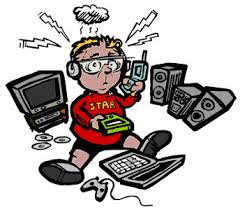 Jenny Léger TechnoGeek or My list of online tools I use

PAGE UNDER CONSTRUCTION. WHEN IT IS FINISHED, YOU WILL BE ABLE TO CLICK ON THE LOGO FOR EACH TOOL AND FIND EXAMPLES OF HOW I USE THEM IN THE CLASSROOM.

I spend a lot of time following people on Twitter and on FB as they tweet or post about technology tools to use in teaching. I have noticed recently that I am not actually finding very many new ideas from those sources anymore. Does this mean that I use a lot of technology myself ? I am guessing the answer to that is yes, so I have decided to list here what I consider to be the best technology tools to use in teaching. 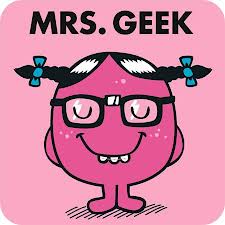 First of all, I have to say my wordpress.com blog !! I love my blog. I have had a lot of pleasure from its gestation, its birth and its growing over the past twelve months. I can remember the date and even the time so confidently because on July 4th 2012 at 8.30 pm when I was fiddling with one of the pages on my blog, a ring on the doorbell changed the face of my whole summer and even my whole life. My eldest son, Matty, had been involved in a car accident and my husband and I dropped everything to rush to the scene.

Over the months that followed, as we nursed Matt and his broken thigh bone (the one that is reputedly as strong as concrete !!) back to full strength, teaching him to walk again, my blog got a lot more attention than it ever would have done, had the accident not happened. On a lighter note, Matty did recover and was able to leave the country and pick up a Music course in the UK after the October half term holidays. He has now finished that course, passing his diploma with flying colours and will be starting at Uni in Southampton in the autumn. 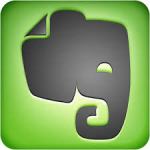 Ipod Mallette (not an online too but very TICE !!)

A screencasting tool which enables me to make videos for the flipped classroom. Films are limlited to 5′ but I think it is important to limit myself to 5′ to avoid windbagging !!

This app is mind-blowing …